We have been working really hard on the new Modena theme for JavaFX 8. I think we are finally really close so I wanted to share with you where we got to. I really hope you like the progress and direction. We took a lot of the feedback from the last blog into consideration. Overall though I am really happy and feel that this is going to do as much as we can to make JavaFX applications look great out of the box.

Retina Mac
For those lucky enough to be running on Retina Mac then we also have support for Retina now in JavaFX 8 and with Modena so enjoy.

Trying for your self
The almost final version of Modena will be available this week in Java 8 Early Access build 81. For instructions for enabling Modena and running the test application see the first Modena blog post.

END_OF_DOCUMENT_TOKEN_TO_BE_REPLACED

Use web(Google) fonts in JavaFX

Google has been kind enough to pull together a collection of great free fonts at http://www.google.com/webfonts. For ages I have wanted a easy way to use these in my JavaFX applications. This week I added basic support to JavaFX for CSS @font-face support (see RT-10343). It should be going into JDK 8-b69 which will be available later this week.

END_OF_DOCUMENT_TOKEN_TO_BE_REPLACED 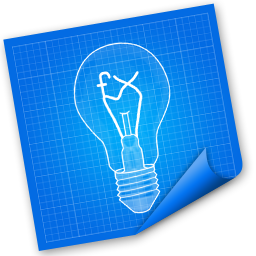 END_OF_DOCUMENT_TOKEN_TO_BE_REPLACED

One of the use cases we used for our CSS support and our ToolBar API was that we wanted to support a style of toolbar button which (at least for me) was popularized on the Mac, which is referred to by Cocoa as a “segmented” button. This is essentially nothing more than an HBox of buttons that has been styled such that the first button has rounded left edges, the center buttons are squared up, and the last button has rounded right edges. In the image above by Bady, you can see the segmented button bar in the toolbar area of the application.
END_OF_DOCUMENT_TOKEN_TO_BE_REPLACED

I started writing an article about how to write new UI controls for OpenJFX using all the internal APIs and architecture and so forth. But then I discovered that the control I was writing as a proof of concept was not using any private API at all, and actually was implementing the Skin differently than I had imagined previously, and I thought I ought to blog about it. Behold, the MoneyField!