I look forward to hearing how everyone gets on. As always, bug reports in comments please! Thanks.

JavaFX links of the week, August 18

A bunch of good links this week. Enjoy! 🙂

That’s all folks! Catch you next week 🙂 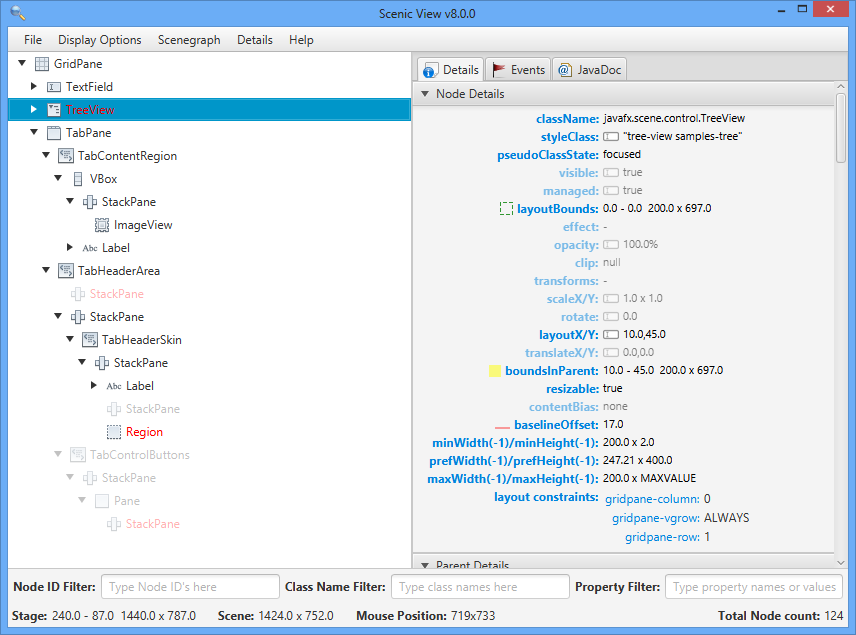 It was one year and a week ago that I announced Scenic View developer preview 4. Today I am here to announce the availability of Scenic View 8.0.0 developer preview 5, which you can download from the usual location. This release consists of many bug fixes, and many UI tweaks. Please, take the time to download it and give me your feedback. To run it, simply open it from the command line using the following:

If you’re unfamiliar with Scenic View, you should go to the (rather outdated) Scenic View website. Here’s a screenshot of the latest build on my machine:

If you have any troubles, or any feedback at all, please leave it as a comment on this blog post. Thanks!

JavaFX links of the week, August 11

August 11?! It’s getting close to JavaOne now – I hope everyone is well underway with their preparations. Sadly I’m not yet started, but I’m sure I’ll get organised in time! 🙂 A bunch of great links awaits you this week. Keep up the great work folks, and keep on making the Java desktop community proud – we’re all in this together.

That’s all for this week. Catch you all again next week! 🙂

JavaFX links of the week, August 4

Catch you all next week!