JavaFX links of the week, August 13

Hi all, here’s another weeks worth of links. Enjoy and keep up the hard work!

Catch you all next week 🙂 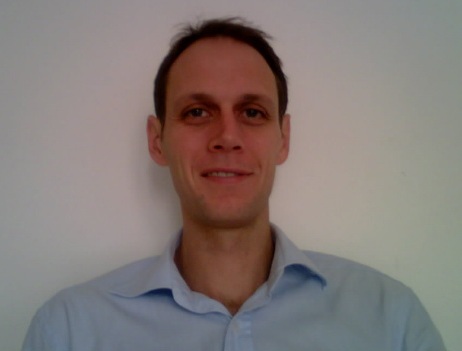 Today I have an interview with Daniel Zwolenski, a developer who has been involved with JavaFX, both from a commercial point of view, and as part of the open source community. He is active in openjfx-dev mailing list discussions, as well as running a very popular blog on using JavaFX in enterprise environments. I first had the privilege to meet up with Daniel when I was living in Brisbane, Australia last year, and he continues to be a contributor to the future of OpenJFX discussions today. Without further ado, lets get go with the interview – please enjoy! 🙂

Hi Daniel – could you please introduce yourself to everyone?
For the last 14 years I have been working in the Java application space, designing and building Java applications of all shapes and sizes for many different clients and industries. I’m based in Australia, currently in Melbourne, but I have worked in the UK, Ireland and very briefly in France.

Among many other projects, I was the architect and led the development of Coinland (an online virtual world for kids sponsored by one of the major Australian banks), I’ve driven the re-development of SMART (the key reporting tool for the National Assessment Program for Literacy and Numeracy in the state of NSW), and I’ve been a core part of the team that developed the management system for Tourism Australia’s ATE (the largest tourism expo in the southern hemisphere).

I’ve deliberately stayed as an independent contractor, changing fields and companies in search of the most interesting and challenging work. I love the variety, and opportunity this provides to grow my skills and expand my experiences. I have managed teams of all shapes and sizes, worked in with large corporate teams, and at times, acted as a one-man development team.

I get a buzz from interacting with my users and user interface development has always been my preferred space. I cut my teeth on Microsoft’s Visual C++ and MFC platform, and then happily made the move to Java when Swing was released. I’ve worked in the web space, but always felt limited by what I could provide for my users, even when using technologies like GWT. I’ve also developed Android applications and been involved with some iPhone development.

JavaFX is a very natural fit for me, and a platform that I really want to see dominate mainstream application development. I want to be at the point where 9 out of 10 contracts on seek.com are looking for JavaFX developers, and when I walk in and pick up some legacy system, it’s a JavaFX application, not a webapp. In a perfect world I would never have to debug another cross-browser JavaScript problem, or worry about what will happen to my session scope if the user hits the back-button.

Although I love to code, I don’t use computers much outside of development. I spend a lot of my time working with non-profit organisations, especially environmental ones. Recently I have taken on a contract with Our Community, a group providing software and services to the non-profit sector. It’s an awesome place that is the perfect balance of commercial systems development, community awareness and social conscious. Unfortunately they are not yet using JavaFX, but I hope to have them converted before too long!

END_OF_DOCUMENT_TOKEN_TO_BE_REPLACED

JavaFX links of the week, August 6

Welcome to another weeks worth of JavaFX links! There are a heap of links this week, so I hope you all find something you enjoy and learn from! 🙂

That’s all folks! Catch you all in a weeks time… 🙂