For those interested in seeing what FXSampler looks like, it isn’t much different than what we had previously, but here is a sample screenshot anyway (click for the slightly bigger version):

I wouldn’t call this the worlds most fascinating UI, but it is clean and out of the way, leaving users to appreciate the features being sampled rather than getting lost in the UI. Of course, we’re always happy to improve it if there are any feature requests.

Now, I guess we should really switch over to covering the new UI controls, huh? Here they are:

CheckComboBox / CheckListView / CheckTreeView
There are three new controls that all offer the same functionality – support for checking zero or more items in a ComboBox, ListView, or a TreeView, and being able to easily retrieve the checked items from an underlying ‘check model’. These were already easily doable using standard JavaFX APIs, but this takes it a step further by automatically tracking the checkbox selections for you. Here’s a screenshot of each of the new controls: 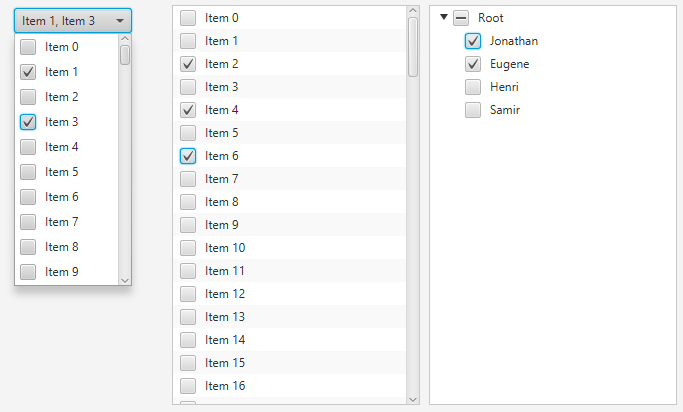 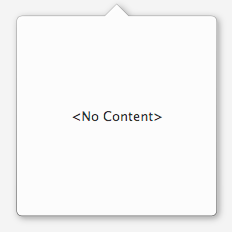 Of course, a PopOver with no content is a little sad, so here’s a screenshot of one with content inside it. Note that this is using a custom TitledPane stylesheet that we will hopefully include in ControlsFX 8.0.4: 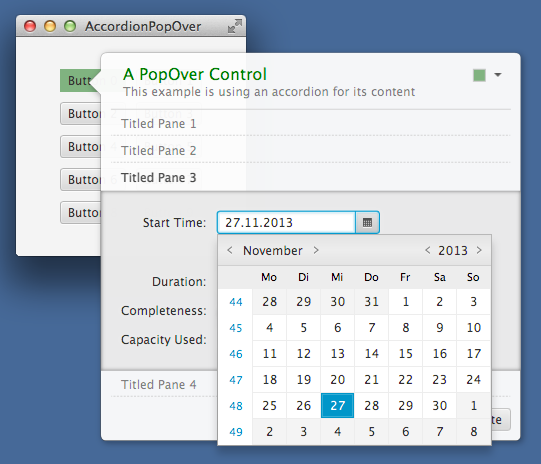 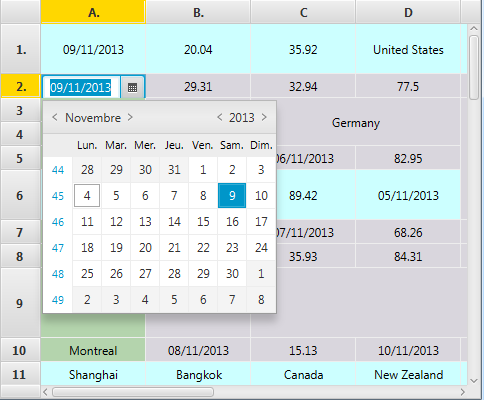 SpreadsheetView with a DatePicker showing.

That’s it! If you’ve read this far, you probably should now jump over to the ControlsFX page to download this release. If you want to see other features of older ControlsFX releases, you can do that too!