On top of the numerous bug fixes and the resolution of the issue mentioned above, this release includes the following new features (among others):

SpreadsheetView
Of all the new features in ControlsFX 8.0.2 this is by far the most ‘in development’ feature (that is, most alpha and the control most likely to be totally overhauled before 8.0.2 is finally released). In fact, this code has not even had a code review yet – so consider yourself warned! 🙂 SpreadsheetView is, as you’d expect, a spreadsheet-like control for JavaFX, based on top of TableView. This control supports what you’d expect: cell spanning, fixed rows and columns, etc. Here’s a screenshot of the control in its very early development state: 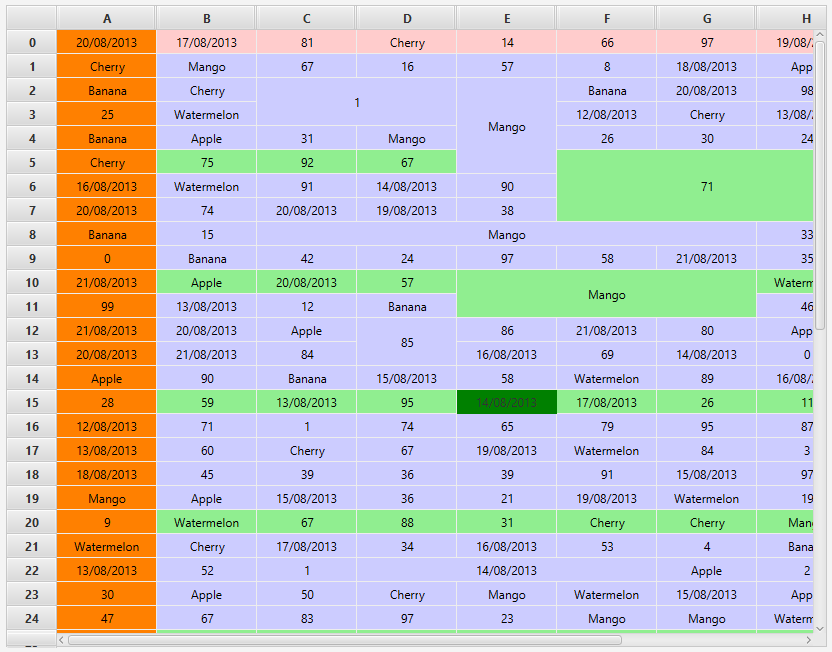